"[An] oddly endearing mix of graphic sex, young love and home-movie noir... BLACKMAIL BOYS rewards target auds with a high quotient of sexual explicitness combined with thesping of genuinely unaffected sweetness."
- Ronnie Scheib, VARIETY (Jan. 27, 2011)
"BLACKMAIL BOYS is about more than extortion. It's also about double lives, the violence that can lurk inside those who cannot face themselves and the laudable quest for gay marriage in the United States... The directors and their talented cinematographer show remarkable technical facility with the barest of means."
- Andy Webster, THE NEW YORK TIMES (Jan. 27, 2011)
"Captivating images of intimacy... When the film takes a step back from its characters, letting them be, it achieves some kind of cinematic novelty."
- Diego Costa, SLANT MAGAZINE (Jan. 26, 2011)
"If you've ever wondered how Gregg Araki's cinematic sensibilities might fuse with mumblecore mopery, BLACKMAIL BOYS is your answer... enlivened by the Shumanskis' jarring, customarily graphic sex scenes and understated humor."
- Mark Holcomb, THE VILLAGE VOICE (Jan. 26, 2011)
Posted by . at 2:30 PM 1 comment:

Our premiere in New York at ReRun Theatre 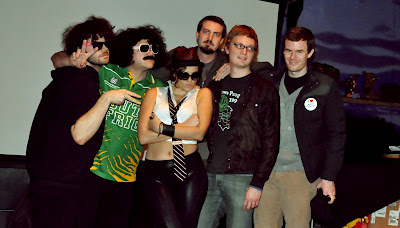 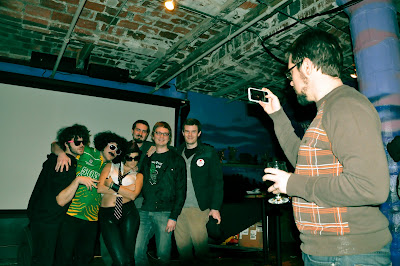 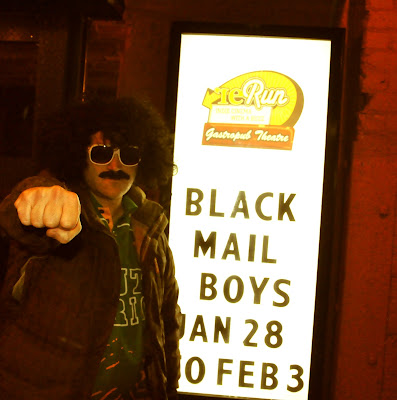 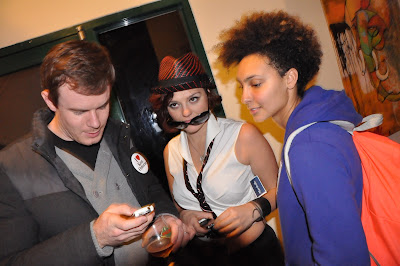 BLACKMAIL BOYS PICKED UP FOR DISTRIBUTION

From the Sundance film fest, TLA Entertainment announced this weekend that it has acquired worldwide rights to Blackmail Boys, and plans to have a Spring theatrical release followed by a late 2011 DVD/VOD release.

This is great news, now our Ostriches don't have to die.
Posted by . at 6:46 PM No comments: 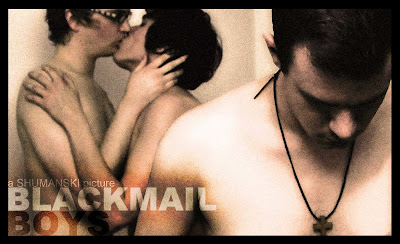 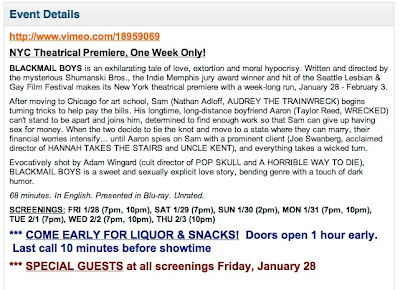 Blackmail Boys Teaser Trailer from Bernard Shumanski on Vimeo.
A teaser trailer for the Shumanski Brother's flick, Blackmail Boys. A 2010 film starring Joe Swanberg, Nathan Adloff, and Taylor Reed. For more info goto: www.theshumanskibrothers.blogspot.com
Posted by . at 10:36 AM No comments:

BLACKMAIL BOYS premiers to the world

Blackmail Boys, the Shumanski Brother's newest film had its world premiere during September 2010 at the SHOUT Film Festival in conjunction with the Sidewalk Film fest in Birmingham Alabama. 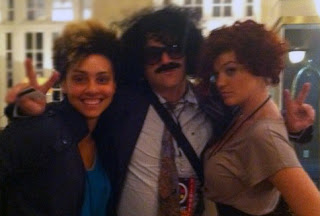 Bernard was in attendance to be apart of Q & A sessions and meet with the wonderful folks at the festival in the United States.  He also met several famed actors (see right) which he made connections with and conjured plans for future films.

Joined at the Festival by actors Nathan Adloff (below), Joe Swanberg, and Taylor Reed, the film was received very very well.

Blackmail Boys won both the Audience Award and the Jury Award for BEST FILM! Unfortunately Bernard was not at the awards ceremony but the wonderful cast remained present and accepted all awards. 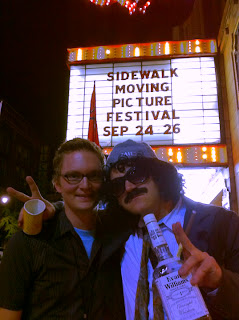 The film then screened at the Seattle Lesbian and Gay Film Festival, and Indie Memphis Film Festival in October.  In Seattle the film screened to a great crowd, including famed director, Lynn Shelton (Hump Day, $5 Cover Seattle), who has spoken very highly of the film, and expressed her love for the Shumanski's.

Adloff, who played Sam in the film, attended the Seattle screening, and had a great time.

In Memphis the film received a Jury Award for its "combination of genre mix and playful indie spirit".


Shortly after, the film began receiving distribution offers and a rumored deal is in the making. 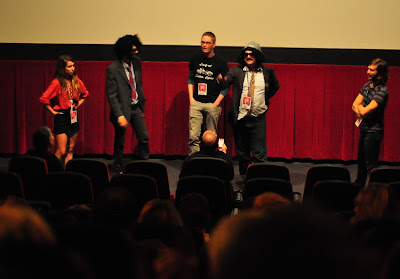 Bernard, and Harry do a Q&A in Memphis 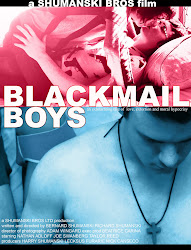 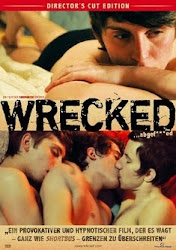